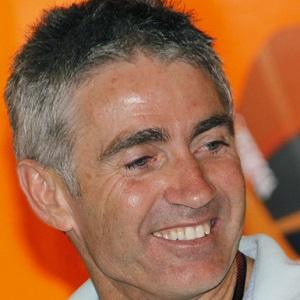 Retired Grand Prix motorcycle racer widely considered one of the best riders of his generation. He is a five-time winner of the 500 cc World Championships, with all five titles coming in consecutive years.

He was born in Gold Coast, Queensland and got his start racing Australian Superbikes in the 80's.

He is one of a very small number of 500 cc champions to have also won a Superbike World Championship race.

He married Selina Sines in March 2006.

He and Giacomo Agostini are the first two riders ever to win five consecutive 500 cc World Championships.

Mick Doohan Is A Member Of