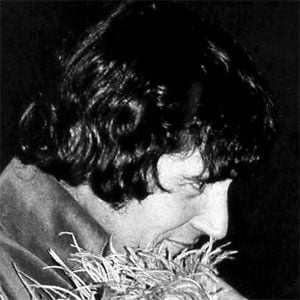 American musician who performed at many clubs in the 1950s and 1960s and was also known as the last husband of popular actress Judy Garland.

He started playing piano and accordion when he was a child and played frequent shows at the Manhattan nightclub Jilly's.

He co-authored the book Weep No More, My Lady which was a biography of Judy Garland.

Mickey Deans Is A Member Of