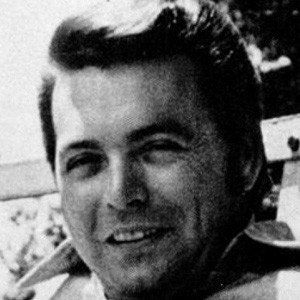 Country music nightclub owner who was in the 1980 movie Urban Cowboy and who released hits like "Room Full of Roses." He also released a popular cover of "Stand By Me."

He realized he could be a professional when his cousin Jerry Lee Lewis hit the top of the charts. He released a few singles before opening his nightclub, including 'Now I Can Live Again.'

He released the single "Don't the Girls All Get Prettier at Closing Time" in 1975, which went to #1 on the top forty country chart.

He married Geraldine Garrett and, after their divorce in 1960, he married Vivian Gilley.

He starred in Urban Cowboy with John Travolta.

Mickey Gilley Is A Member Of