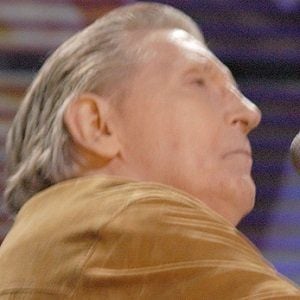 Rock 'n' roll musician who was known for the hit "Great Balls of Fire" and who married his thirteen year old cousin, Myra Gale Brown.

He was expelled from Southwest Bible Institute for playing what they termed "devil's music." He played music in Natchez, Mississippi to make a living.

He became the last living member of the Sun Records Million Dollar Quartet and hence was nicknamed The Killer.

He released the album Million Dollar Quartet after collaborating with Elvis Presley.

Jerry Lee Lewis Is A Member Of