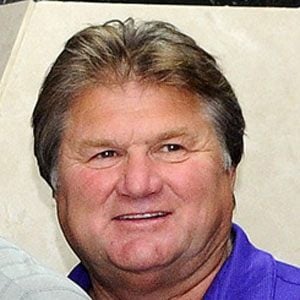 Football coach who came up largely as a defensive backs coach and then was James Madison University's head coach from 1999-2013.

He started his coaching career at Lamar Consolidated High School in Texas.

He was born in Andrews, Texas.

He was defensive coordinator at Marshall when wide receiver Randy Moss was a redshirt freshman.

Mickey Matthews Is A Member Of