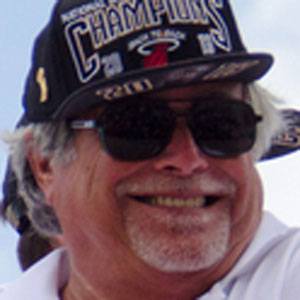 Israeli businessman best known as the CEO of the Carnival Corporation and as owner of the Miami Heat basketball team.

He was born in Tel Aviv and began his role with Carnival in 1979.

He was ranked as the 169th richest person in the world by Forbes magazine in 2011 with an estimated net worth of $5.9 billion.

His father Ted was the co-founder of the Carnival Corporation. He has two children, Nick and Kelly.

He won his first NBA Championship as owner of the Miami Heat, led by star guard Dwayne Wade, in 2006.

Micky Arison Is A Member Of