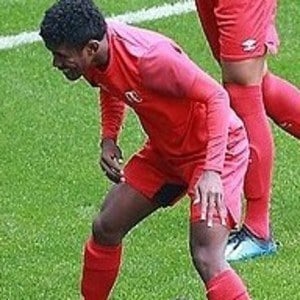 Defender who has gained fame for his club career in his native Peru, including for Alianza Lima of the Peruvian Primera Division. He previously won the 2013-2014 Serbian SuperLiga with Red Star Belgrade.

He made his professional soccer debut in 2011 for Cobresol.

He was originally born and raised in the Villa María del Triunfo district of Lima, Peru.

He and Christian Ramos have played as teammates for Peru's national squad.

Miguel Araujo Is A Member Of