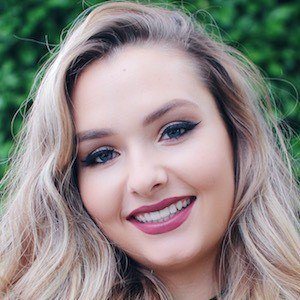 Also known as MissMikaylaG, she is a Canada-based web video star who vlogs about beauty, lifestyle, and DIY crafts on her YouTube channel, which has amassed over 500,000 subscribers.

She was a dancer all through high school. Other web video stars with popular beauty vlogs, like Meghan Rienks, Megan Parken, and Lindsey Hughes, got her into make up and vlogging, since they made it look like so much fun.

She studied broadcast television in school. She was featured in the May 2015 edition of All Things Trend Magazine for her YouTube channel, which had just hit over 70,000 subscribers.

She lived with her family in British Columbia before leaving for school.

Another web video star that she admires for her YouTube presence and talent is Sierra Furtado.

Mikayla Greenwood Is A Member Of