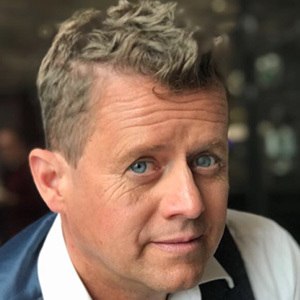 British sportscaster and author who became best known for his Friday and weekend appearances on BBC Breakfast. He wrote the 2013 book Bushell's Best Bits: Everything You Ever Needed to Know About the World's Craziest Sports.

He earned drama and television degrees from King Alfred's College which became the University of Winchester.

He set a world record by trying over 500 different types of sports.

His daughters' names are Sophie, Lucy and Isabel. He married his second wife Emily in May 2019. His father John was a school headmaster.

His features have included tips from athletes like Serena Williams and Colin Montgomerie.

Mike Bushell Is A Member Of