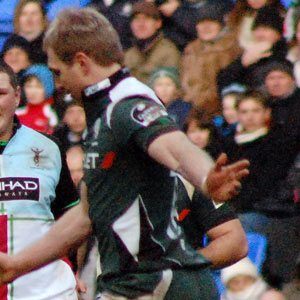 South African footballer who became known for his versatility; he was able to play fullback, fly-half, inside centre, outside centre, and wing.

He became the oldest player ever, at age 37, to participate in a Guinness Premiership final in 2009.

His mother, Anne, was English.

He and legendary footballer Fran Cotton both played for the British Lions.

Mike Catt Is A Member Of