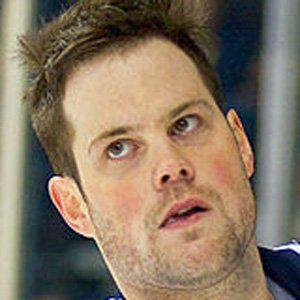 Former Canadian NHL center who played for seven teams during his 13-year career.

He was selected 99th overall in the 1999 NHL Draft after playing college hockey at the University of Michigan.

He scored 168 goals in his NHL career with a personal record 33 during the 2001-02 season with the Edmonton Oilers.

He had a son named Luca with actress Hilary Duff, whom he married in 2010. The couple separated in 2014.

He played with Sidney Crosby on the Penguins during the last season of his NHL career.

Mike Comrie Is A Member Of