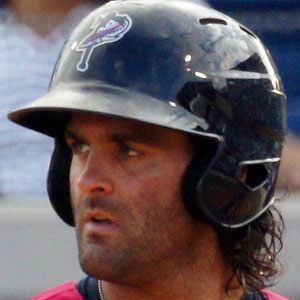 Third baseman who made his major league debut with the Cincinnati Reds in 2012. He was previously a consensus selection to the 2005 College Baseball All-America Team while attending Coastal Carolina University.

He was born in Springfield, Pennsylvania and was a two-time Philadelphia Player of the Year at Archbishop Carroll High School.

He represented Italy at the 2009 and 2013 World Baseball Classic.

He married a woman named Melissa and has a son named Michael.

He was teammates with catcher Ryan Hanigan in Cincinnati.

Mike Costanzo Is A Member Of