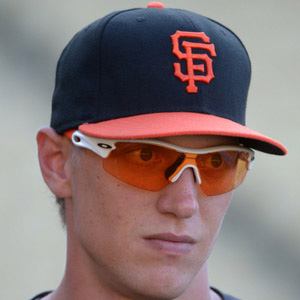 MLB outfielder who was a member of the 2012 and 2014 World Series Champion San Francisco Giants. He began his MLB career with the Houston Astros in 2007, then spent a year with the Philadelphia Phillies before a trade sent him to San Francisco.

He batted .395 in college and was named the 2004 Southland Conference player of the year.

He had a famous broken-bat, bases-loaded hit against the St. Louis Cardinals in game seven of the 2012 NLCS that helped propel the Giants to the World Series.

He was signed by the Phillies to help Ryan Howard and the team win their second World Series title, however it didn't work out and the team shipped him off to San Francisco after about a year.

Hunter Pence Is A Member Of