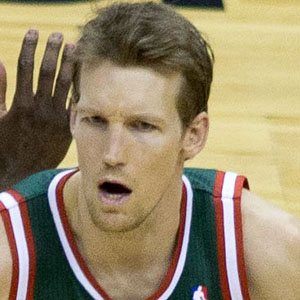 NBA guard/forward known for his shooting touch. He spent his first 5 seasons with the Golden State Warriors, then played for the Indiana Pacers for 4 years before stints with the Milwaukee Bucks and Chicago Bulls.

He played 3 years of college basketball at Duke University, winning an NCAA Championship his sophomore year in 2001.

He was selected 3rd overall in the 2002 NBA Draft by the Golden State Warriors.

He married Sarah Dunleavy in 2008 and he has two children. His father played in the NBA and coached the Los Angeles Clippers.

For the 2002-2003 season, he played alongside high-scoring point guard Gilbert Arenas on the Golden State Warriors.

Mike Dunleavy Jr. Is A Member Of