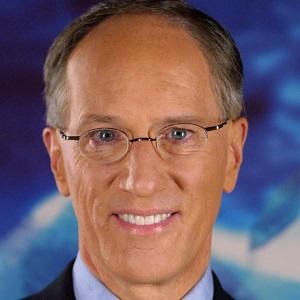 Emmy-award winning NHL play-by-play announcer who joined the NBC team full-time in 2011. He is also known as Doc Emrick.

He was the voice of the New Jersey Devils for 21 seasons as well as the Philadelphia Flyers' voice from 1988 to 1993.

He was the first ever broadcaster inducted into the United States Hockey Hall of Fame. He covered both men's and women's hockey at the 2014 Sochi Olympics, marking his 7th Winter Olympics assignment.

He is from LaFontaine, Indiana. His wife's name is Joyce Anne.

He is joined as an NHL on NBC personality by former NHL winger Jeremy Roenick.

Mike Emrick Is A Member Of