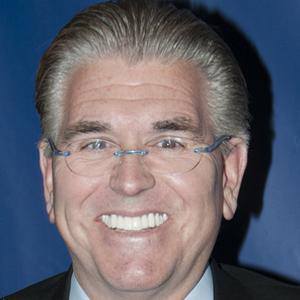 Co-host of the Mike and the Mad Dog Sports talk radio show on WFAN for 19 years who went on to host the show by himself.

He started out as a researcher for CBS sports and later got promoted to became a studio analyst.

He is a big time Yankees fan, and he famously would report the missives of George Steinbrenner while Mr. Steinbrenner was active as the Yankees owner.

He married his wife, Roe, in 2000 and the couple had three kids, two of whom were twins.

He and Chris Russo were a great combo running their New York sports talk radio show, but Chris later left to run his own channel for XM radio.

Mike Francesa Is A Member Of