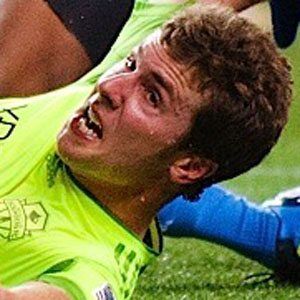 American forward who began his MLS career with the Seattle Sounders FC in 2009. He joined the San Jose Earthquakes in 2013 after spend a season each with the Montreal Impact and Portland Timbers.

He was selected 46th overall in the 2009 MLS SuperDraft.

He was born to Bill Fucito and Susan Cook.

Mike Fucito Is A Member Of