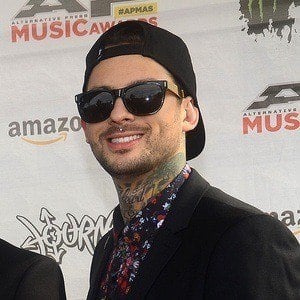 Drummer for the post-hardcore band Pierce The Veil who was in the supergroup Isles & Glaciers.

He released his first independent album in 2004 with the band Before Today.

His full name is Michael Cristopher Fuentes. He was born in San Diego. In 2013, he began dating model Alysha Nett.

He is brothers and bandmates with Pierce the Veil lead singer and guitarist Vic Fuentes.

Mike Fuentes Is A Member Of