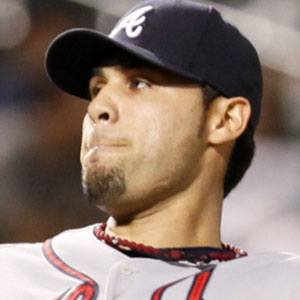 MLB pitcher who played for the Pirates and Braves before joining the Milwaukee Brewers in 2013.

He had the distinction of being traded twice before his first Major League game: he was traded by the Pirates to the Red Sox, and then came back to the Pirates nine days later.

He was named Topps All-Star Rookie LHP in 2004.

He was born in Corpus Christi, Texas.

He and Kyle Lohse were both newcomers to the Milwaukee Brewers in the 2013 season.

Mike Gonzalez Is A Member Of