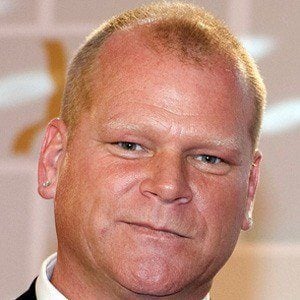 Professional contractor and host of the renovation show Holmes on Homes. He also played a judge on Handyman Superstar Challenge.

He started his first contracting company at age 19.

His father taught him construction work at age six.

He was revealed in a Reader's Digest survey to be the second-most trusted person in Canada behind The Nature of Things host David Suzuki.

Mike Holmes Is A Member Of