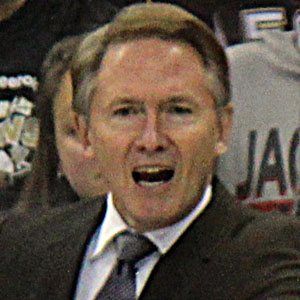 He played hockey for Brandon University and Acadia University.

He was forced to resign as head coach and general manager of the Winterhawks after it was discovered that he had broken WHL recruitment rules.

He married a woman named Myrna.

He succeeded Dan Bylsma as the head coach of the Penguins in 2014.

Mike Johnston Is A Member Of