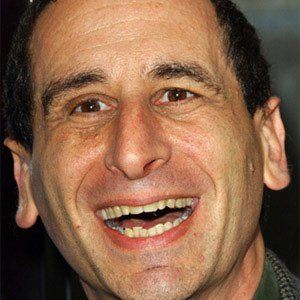 Writer and producer of The Simpsons who also worked on Horton Hears a Who! and other popular animated films.

He worked for National Lampoon magazine.

He co-created the show The Critic, which was a short-lived attempt to recreate The Simpsons' success.

He was married to his wife Denise and was a professed atheist. He and his wife loved to travel.

He worked on the screenplay for Ice Age: Dawn of the Dinosaurs starring Ray Romano.

Mike Reiss Is A Member Of