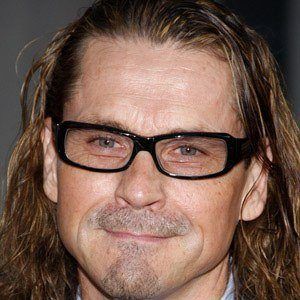 Creator of the hit FX series Sons of Anarchy. He also wrote, produced, directed, and acted in The Shield.

He attended Rutgers University. He wrote his first television episode in 2002.

He executive produced the six-part documentary series Outlaw Empires in 2012.

He married actress . Together they had a daughter named Esme Louise.

He worked closely with actor Michael Chiklis on The Shield.

Kurt Sutter Is A Member Of