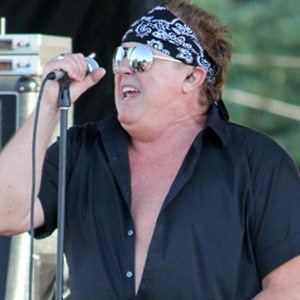 Drummer and musician who was lead singer for the Platinum-selling hard rock band Loverboy, the group known for singles like "Turn Me Loose" and "Hot Girls in Love."

He was the drummer for his first cover band, Morning Glory, as a teenager.

He was inducted into the Canadian Music Hall of Fame in 2009.

He has a son named Alex.

He performed the song "Almost Paradise" with Ann Wilson in 1984.

Mike Reno Is A Member Of