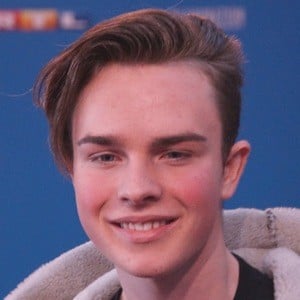 Competitor on the reality singing competition program The Voice Kids who released a debut album called Only You. He is also known for his short-form video content on TikTok, where he has gained over 2.4 million fans.

He had already established a strong presence on YouTube by releasing covers and original material starting back in 2012.

He signed with Ratey Videoproductions.

He is from Kehl, Germany and has a younger brother named Davin.

He and Darlene Vibares both competed on The Voice Kids.

Mike Singer Is A Member Of