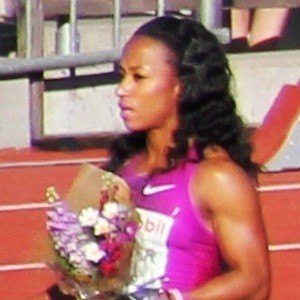 American sprinter who is recognized for having won a gold medal in the 4 x 100 meters event at the World Championships in Athletics in 2007. She also won a gold medal at the Pan Am Games in Rio de Janeiro, Brazil that same year.

She competed in track and field events while attending the University of South Carolina.

In 2017, she attended the US Track and Field Hall of Fame ceremony.

She has a twin sister named Me'Lisa Barber.

She was photographed with music producer Pharrell Williams in 2017.

Mikele Barber Is A Member Of