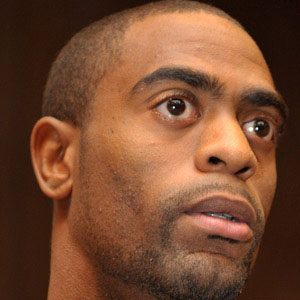 American track and field star who earned a silver medal at the 2012 London games in the 4×100 m relay.

He had his first major career win when he won Gold at the World Cup in Athens at 2006.

He was in line to have a lot of success at the Beijing Olympics in 2008 - but a hamstring injury slowed him down considerably.

He has an older sister, Tiffany, who competed in track and field in high school, and his grandmother competed in track at the college level. He married Shoshana Gay and the couple had a daughter named Trinity who passed away in 2016.

He has lost in events to Usain Bolt several times.

Tyson Gay Is A Member Of