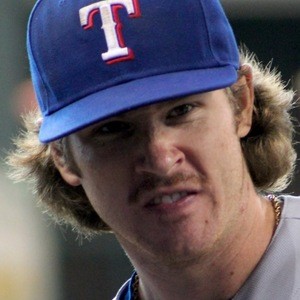 Pitcher who has played for such MLB teams as the San Diego Padres, Texas Rangers and St. Louis Cardinals. From 2015 to 2017, he played for the Yomiuri Giants of Nippon Professional Baseball.

He earned the nickname "Lizard King" when he ate a lizard in the bullpen during an Arizona Fall League game in 2011.

He married a woman named Lauren. He has a daughter named Lillianne and twins that were born in 2018.

He joined a Cardinals pitching staff featuring Adam Wainwright in 2018.

Miles Mikolas Is A Member Of