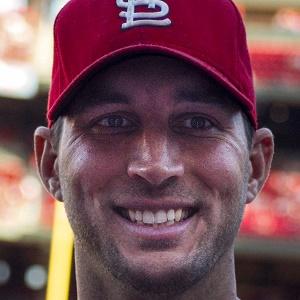 He passed on a scholarship to Georgia Tech University after being selected 29th overall by the Atlanta Braves in 2000.

He had Tommy John surgery in 2011, causing him to miss nearly the entire MLB season. He returned not long after and tied for the most wins in the National League in 2013 with 19.

He has four daughters with Jenny Curry, whom he married in 2004.

He became a member of the Cardinals when the Atlanta Braves traded him for J.D. Drew .

Adam Wainwright Is A Member Of