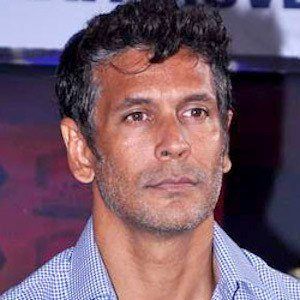 Indian actor and model most well known for his appearances in films like Bheja Fry, 16 December, and Paiyaa. He also appeared in the English-language film Valley of Flowers and the Swedish movie Arn - The Knight Templar. He also served as an ambassador for Pinkathon, a women's running event meant to promote breast cancer awareness.

He attended Saboo Siddique College studying electrical engineering. While there, he was a national-level swimmer. It was shortly thereafter that he was discovered as a model.

In 2010, he competed on the hit reality series Fear Factor: Khatron Ke Khiladi in its third season, coming in at fourth place.

He was born in Scotland and raised in England by his father Prabhakar, a scientist, and his mother, a biochemist, until they moved together to India when was seven. He is the single son out of his four siblings, with sisters Netra, Medha and Anupama. He married fellow actress Mylene Jampanoi in 2006 but divorced her in 2009.

He made one of his earliest screen debuts in the 1995 music video for Alisha Chinai's "Made in India."

Milind Soman Is A Member Of