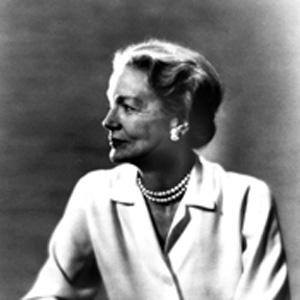 Republican politician who was a Member of the U.S. House of Representatives from New Jersey's 5th district from 1975 to 1983. Legendary newscaster Walter Cronkite once called her 'the conscience of Congress.'

She was a model for Harper's Bazaar, as well as an editor at Vogue for 14 years.

She served on the New Jersey Committee of the United States Commission on Civil Rights from 1958 to 1974 and was also a strong advocate for the women's movement.

Her father was Ogden Haggerty Hammond, the Ambassador to Spain.

She served as the first US Ambassador to the United Nations Agencies for Food and Agriculture during Ronald Reagan's presidency.

Millicent Fenwick Is A Member Of