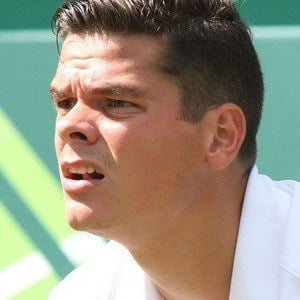 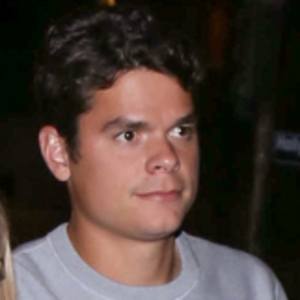 Canadian who turned pro in 2008. With a top ten ranking in 2013, he became Canada's highest ATP-ranked male singles player since computer tracking began in 1973. He reached the finals of the 2016 Wimbledon tournament.

He started playing tennis at the Ontario's Blackmore Tennis Club when he was eight years old.

He earned his first ATP victory at the 2011 SAP Open.

His family placed a high premium on education, with his parents and sister having earned advanced academic degrees. He started dating Danielle Knudson in 2014.

He and Jo-Wilfried Tsonga set an Olympic record for longest match during the 2012 London Olympics. However, the record was broken three days later when Roger Federer and Juan Martin del Potro played an even longer match.

Milos Raonic Is A Member Of