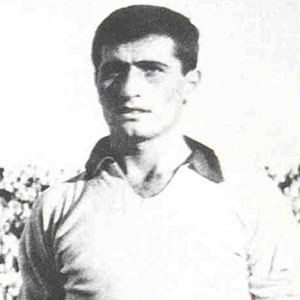 One of Greece's greatest soccer players; tallied 481 caps and 234 goals during his tenure with AEK Athens.

His family encouraged his athletic endeavors and he began playing early on at Nea Genea.

His career with the Greece national team was ending as Dinos Kouis' was beginning.

Mimis Papaioannou Is A Member Of