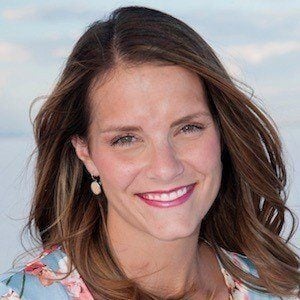 Nail technician and crafter who is best known for being the matriarch of the family vlog channel This Is How We Bingham. The channel has earned 1.2 million subscribers with the help of a series of videos documenting the saving and fostering of a kitten the family found nearly frozen to death.

She studied Meteorology at the University of Utah, but did not graduate.

The frozen Flame Point Siamese kitten named Lazarus-Olaf that the family found was given a full YouTube channel to himself in February of 2016. It earned more than 30,000 subscribers in about 1 year time. She has been an active member of the Mormon Church.

She married her husband Branden Bingham in 2006. Branden was already a father to a 2-year-old named Madison when they married. They had children together named Ryler, Krew, Brexsen and Hazyl.

Her family and the family of the Gardner Quad Squad, led by parents Tyson and Ashley Gardner, have appeared on her family's channel.

Mindy Bingham Is A Member Of