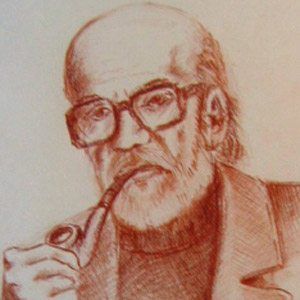 Religion historian known for his religious-studies paradigms and his hierophanies-based theory.

He attended Spiru Haret National College, where one of his classmates was another future renowned philosopher, Constantin Noica.

He supported the Iron Guard for a time, which led him to back Benito Mussolini.

He once met Mahatma Gandhi.

Mircea Eliade Is A Member Of