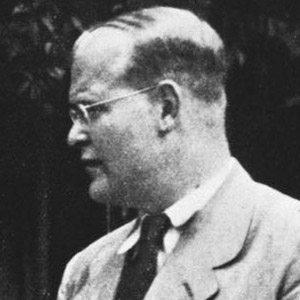 He received a teaching fellowship to Union Theological Seminary in New York City.

He was arrested on April 5, 1943, because of the rivalry between SS and Abwehr.

He was the son of Karl Bonhoeffer and Paula von Hase.

He was involved in the planned assassination of Adolf Hitler.

Dietrich Bonhoeffer Is A Member Of