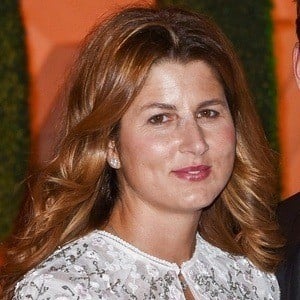 Former professional tennis player who has competed at Wimbledon and the US Open.

She watched her first tennis match with her father when she was nine years old.

She was forced to retire from tennis as a result of a recurring foot injury.

She married Roger Federer in 2009. They had two sets of twins; girls named Myla and Charlene; and boys named Lennart and Lenny.

Miroslava Vavrinec Is A Member Of