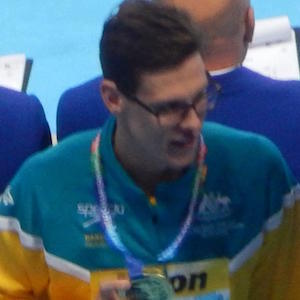 Specializing in backstroke events, he is an Olympic swimmer who broke the short course world record in the 200-meter backstroke in November of 2015.

He learned a lot about competitive swimming by watching older generations of swimmers.

He was born in Buderim, Queensland, Australia. In 2015, he began dating Emily Seebohm.

Chad le Clos preceded him as the FINA Swimmer of the Year. Chad took the honor in 2014.

Mitch Larkin Is A Member Of