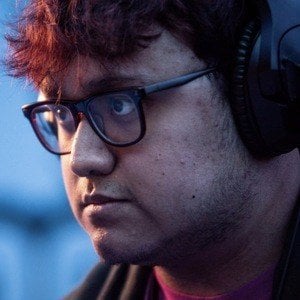 Professional ESports player who is known for his work within the Super Smash series and plays Ultimate, Wii U, and Melee editions of the game. He is also known for competing on Echo Fox and is a part of the Most Valuable Gaming crew.

He first started his professional playing career in 2016, making his debut in the Get On My Level event. He gained further attention after coming in first at the Smash Factory 5 tournament that same year. His Ultimate career started in January of 2019 when he placed first at the Smash Conference United.

He is known for having been listed in the number one spot on the PGRU Spring 2019 list in Ultimate as well as the 2018 PGR100 list in Wii U.

He was born and raised in Distrito Federal, Mexico.

He is known for having defeated ZeRo at the 2GG Championships in December of 2017.

MKLeo Is A Member Of