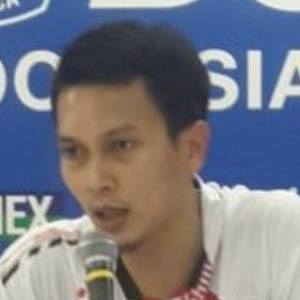 Indonesian badminton player who has gained fame when he won the 2013 World Championships in 2013. He went on to win again in 2015 and then came in second in 2017.

He first medaled at the World Championships when he won bronze in 2011.

He has ranked as high as number one in the Badminton World Federation.

He regularly posts pictures to Instagram with his one daughter and one son.

He compares to other badminton stars such as Lee Chong Wei and Lin Dan.

Mohammad Ahsan Is A Member Of