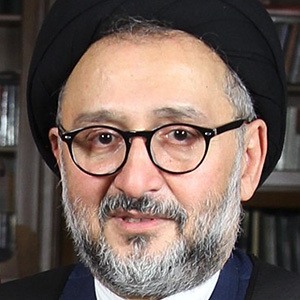 Iranian pro-democracy activist and chairman of the Institute of Inter-religious dialogue. He is also known for being former Vice President of Iran and a member of the Association of Combatant Clerics.

He began his career in politics with a variety of roles including President of Iranian Radio and Vice Minister of International Affairs in the Ministry of Culture and Islamic Guidance. He was then chosen in 1997 by Mohammad Khatami as his first chief of staff.

He is known for having been the first cabinet member of Iran to write a web blog and have an Orkut account during his membership in the cabinet.

He married Fahimeh Mousavinezhad and together they had three daughters; Faezeh, Fatemeh, and Farideh.

He appeared on an episode of The Daily Show with Jon Stewart where he was interviewed by Jason Jones.

Mohammad-ali Abtahi Is A Member Of