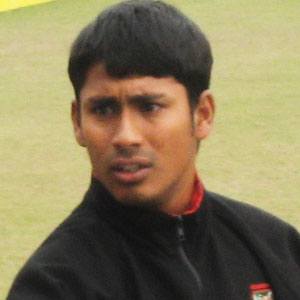 Grameenphone Prothom-alo Player of the Year in 2007, he was later suspended from cricket due to his involvement in a match-fixing sandal.

He made his first-class debut for the Dhaka Metropolis cricket team in 2000.

He was born in Dhaka, Bangladesh.

He was teammates with opening batsman Tamim Iqbal on the 2003 and 2007 Bangladeshi Cricket World Cup squads.

Mohammad Ashraful Is A Member Of