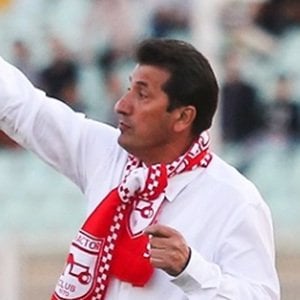 He began his carer as a professional football player. He joined the club Neka Choob and later played for Homa in 1984. He then joined the Esteghlal club and the Iran national team in 1988. He joined BBC Persia in 2010 and started working as a manager in 2016.

As a former professional football player with the club Esteghlal, he won several championships including the Asian Club Championship in 1998, the Azadegan League in 1997, and the Hazfi Cup in 1995 and in 1999.

He was born and raised in Sari, Mazandaran Province, Iran.

Other former defenders known for also having played on the Iran national team include Pejman Montazeri and Amir Hossein Sadeghi.

Mohammad Taghavi Is A Member Of