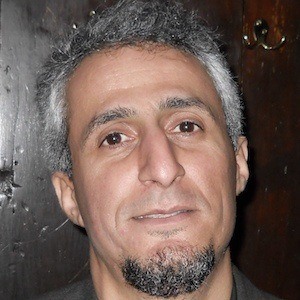 Singer known for his infusion of traditional Iranian music with more modern styles. He's spent much of his career outside of Iran, having drawn the ire of both the Iranian judicial system and pro-monarchists.

He started learning to play music when he was 12 years old and attended the University of Tehran to study theater and music.

While living in Vienna, Austria, he was sentenced in absentia to five years in jail in Iran for his song "Shams," which involved him singing parts of the Quran. He apologized for his actions, but was sentenced anyway.

He has a brother named Hamid who is a lawyer. He married Bahar Sabzevari.

He's been referred to as "The Bob Dylan of Iran."

Mohsen Namjoo Is A Member Of