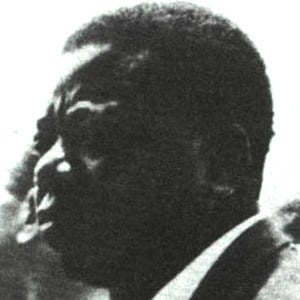 Congolese politician who co-founded the CONAKAT party, which ran under a banner of an independent, federal Congo, in the 1950's. In 1967 his jet was hijacked and he was taken to an Algerian jail where he later died.

He went to an American missionary school before later studying to become an accountant.

He was elected president of Katanga in 1960 and stayed in power until 1963, when UN forces succeeded in capturing Katanga, and drove him into exile.

His father was a successful Congolese businessman.

He was a Congolese politician much like Etienne Tshisekedi.

Moise Tshombe Is A Member Of