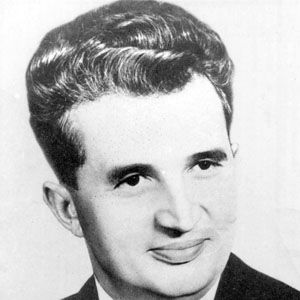 By the time he was twenty years old, he had been arrested on numerous occasions for his communist activities.

He issued a 1966 decree that criminalized abortion in Romania; this was his attempt to reverse the problem of population decline in his native country.

He was born in the same year as Salvadoran political leader and fellow communist Cayetano Carpio.

Nicolae Ceausescu Is A Member Of