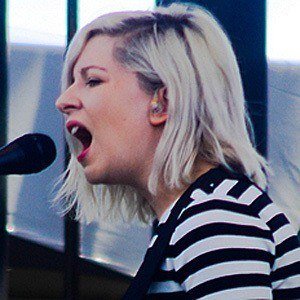 Singer and guitarist best known as the frontwoman for the Canadian indie rock band Alvvays, whose 2014 self-titled debut peaked atop the U.S. college album charts. She also has a solo EP called She, which was released in 2010.

She grew up playing the fiddle on Cape Breton Island. She met the future members of Alvvays at a concert when she was a teenager.

She is the daughter of John Rankin, the pianist and fiddler for the family folk band The Ranking Family.

She has covered the Kirsty MacColl song "He's On The Beach."

Molly Rankin Is A Member Of