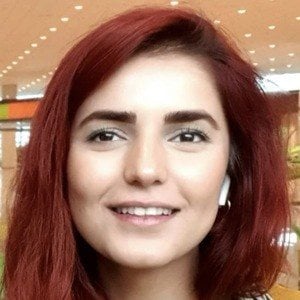 Pakistani singer-songwriter who became one of the most influential Pakistani artists initially as a cover artist before debuting original music as a lead artist and co-singer. She made her Coke Studio debut as a featured artist in season nine.

She attended Stony Brook University, graduating with a bachelor's degree in engineering and mathematics.

She co-sang on a Bollywood song called "Awari" from the 2014 film Ek Villain.

She was born in Lahore, Punjab, Pakistan, and grew up the middle child between two brothers, including her younger brother, fellow singer Haider Mustehsan. She got engaged to a banker named Ali Naqvi in September of 2016, but they broke up in 2017.

Part of her emergence was as a co-singer on the Farhan Saeed song "Pee Jaun."

Momina Mustehsan Is A Member Of