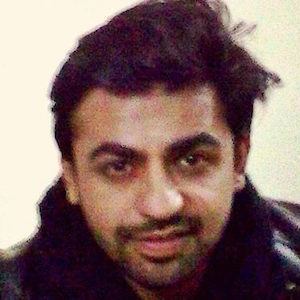 Pakistani singer known for his time as lead singer of the pop rock band Jal. He left the band in Fall 2014 to pursue a solo singing career.

He was recruited to Jal after Atif Aslam parted ways with the band at the end of 2003.

Since embarking on his solo career, he's released singles, recorded songs for movies, acted, and even opened a restaurant called Cafe Rock.

He was born to Ghazala Rahat and Rahat Saeed Butt in Lahore, Pakistan. He married Urwa Hocane in 2016.

He appeared alongside Sohai Ali Abro in the 2014 show De Ijazat Jo Tu.

Farhan Saeed Is A Member Of