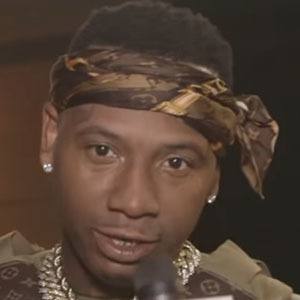 Rapper with mixtapes titled All Gas No Brakes and Strictly 4 The Traps N Trunks. He was awarded the 2016 Memphis Hip Hop Awards Mixtape of The Year honor.

He dropped an early mixtape called Relentless in June of 2015.

He collaborated with Young Dolph on a single called "I Need a Plugg."

His real name Demario White. He is a rapper out of Memphis, Tennessee. He was in a relationship with Megan Thee Stallion. He's been romantically linked to social media star Ariana Fletcher.

He signed with Yo Gotti's label CMG in 2016 and collaborated with the rapper pn the single "Prayers."

Moneybagg Yo Is A Member Of